Today I’m going to answer a question I was asked about the smallest cat breeds. These breeds are ideal for people who live in smaller homes or apartments and are just as lovable as their larger counterparts. 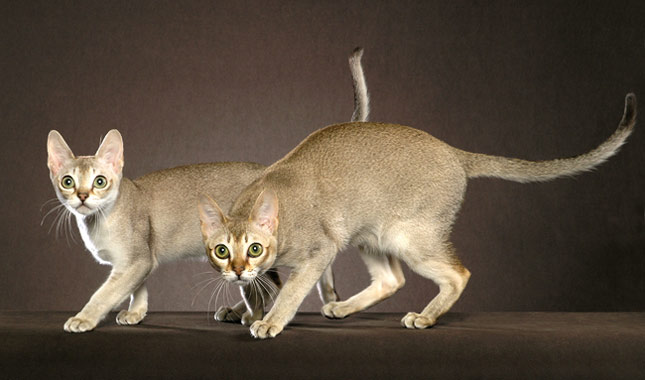 The Singapura is said to have originated on the streets of the city/state of Singapore, (previously Singapura). They range in size from a mere 5 to 7 pounds fully grown. Their coat is unusual in that every hair is 2 colors, lighter ivory at the base darkening to a fawn color at the tip. A Singapura is known for her large eyes and ears, and also for her quiet intelligence. This breed is recognized by the Guinness Book of records as the world’s smallest cat breed.

No matter what you’ve heard the Munchkin is NOT a cross between a Dachshund and a cat! Just because her legs are short and her body long that has been a popular comparison. This is a breed that occurred from a natural genetic mutation. These short legs turned out to be a dominant inheritance pattern and the breed was recognized by the International Cat Association in 2003, although not yet recognized by the Cat Fanciers Association. Just because her legs are short doesn’t mean she’s not active and full of fun!

The Devon Rex is a popular cat breed from the United Kingdom known for her high cheekbones, long legs, and slender body, and stubby or no whiskers. In other words, she’s the high fashion model of the cat world! The Devon is popular for several reasons. She is highly affectionate when her people are around but will stay out of trouble when they’re gone. With a unique semi curly coat that sheds only minimally, the Devon is also recommended for people with allergies and won’t force you to drag out the vacuum too often! The Siamese is a sleek beauty originally from Thailand. Though these cats come in different color variations the body is always a lighter tone with darker colored extremities, referred to as points, on the face, ears, paws, and tail. Another striking feature of the Siamese is their beautiful baby blue eyes. They are very intelligent and known to be quite vocal, so if you want a cat who can have daily conversations with you this is the one.

As the name implies this Rex breed also originated in the UK and first made an appearance about 10 years earlier than her cousin the Devon. The Cornish has a coat that is shorter and curlier with a narrow more pointed face. They are known for being inquisitive and friendly, and not extremely active. The Cornish Rex is recognized by all major cat registries. 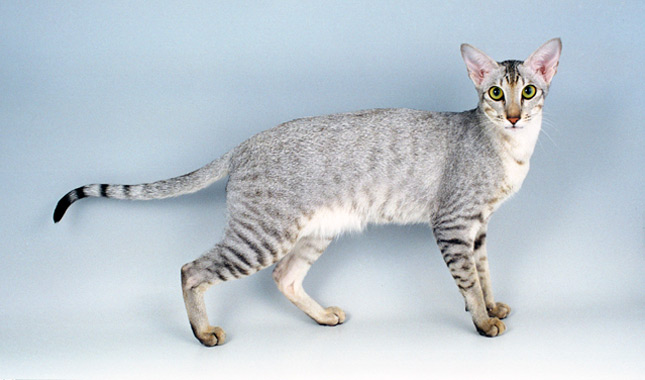 The Oriental has a build similar to the Siamese, long and svelte, and likely has Siamese genes in her background. She is a natural athlete, very active and into everything. Orientals will want to supervise all family activities and give her opinion on how things should be done! Because of her high energy level, she will need regular play activity if you intend on getting a good night’s sleep. 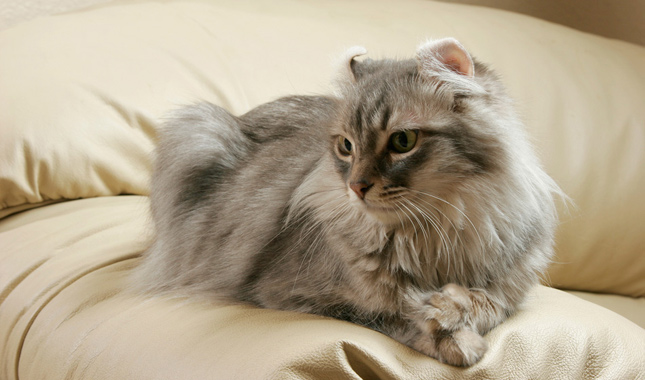 This breed is named not for a curly coat but for her unusual ears, which curl backward and toward each other forming a crescent moon shape. The Curl has a slender build which is often hidden by her long silky coat. The coat feels very fine due to having no undercoat. This is a recent breed, only in existence since the 1980’s.

This cat is known as fun-loving and is also said to bring good luck to everyone who lives with her. At least that’s what they say in her homeland of Japan. And no one can argue, this happy playful cat will make friends with everyone. The Bobtails’s coat can be short or long and comes in many colors and patterns, but she always sports the short bobbed tail. The Bobtail was the model for the traditional ceramic cat statue which has graced the entry of Japanese homes and brought good luck for centuries.

So there you have it, the answer to the question “What are the smallest cat breeds”? If you’re in the market for the addition of a cat to your family I hope you may find an idea here.

I’d love to know what you think, all questions and comments are welcome below!

10 thoughts on “What are the smallest cat breeds”